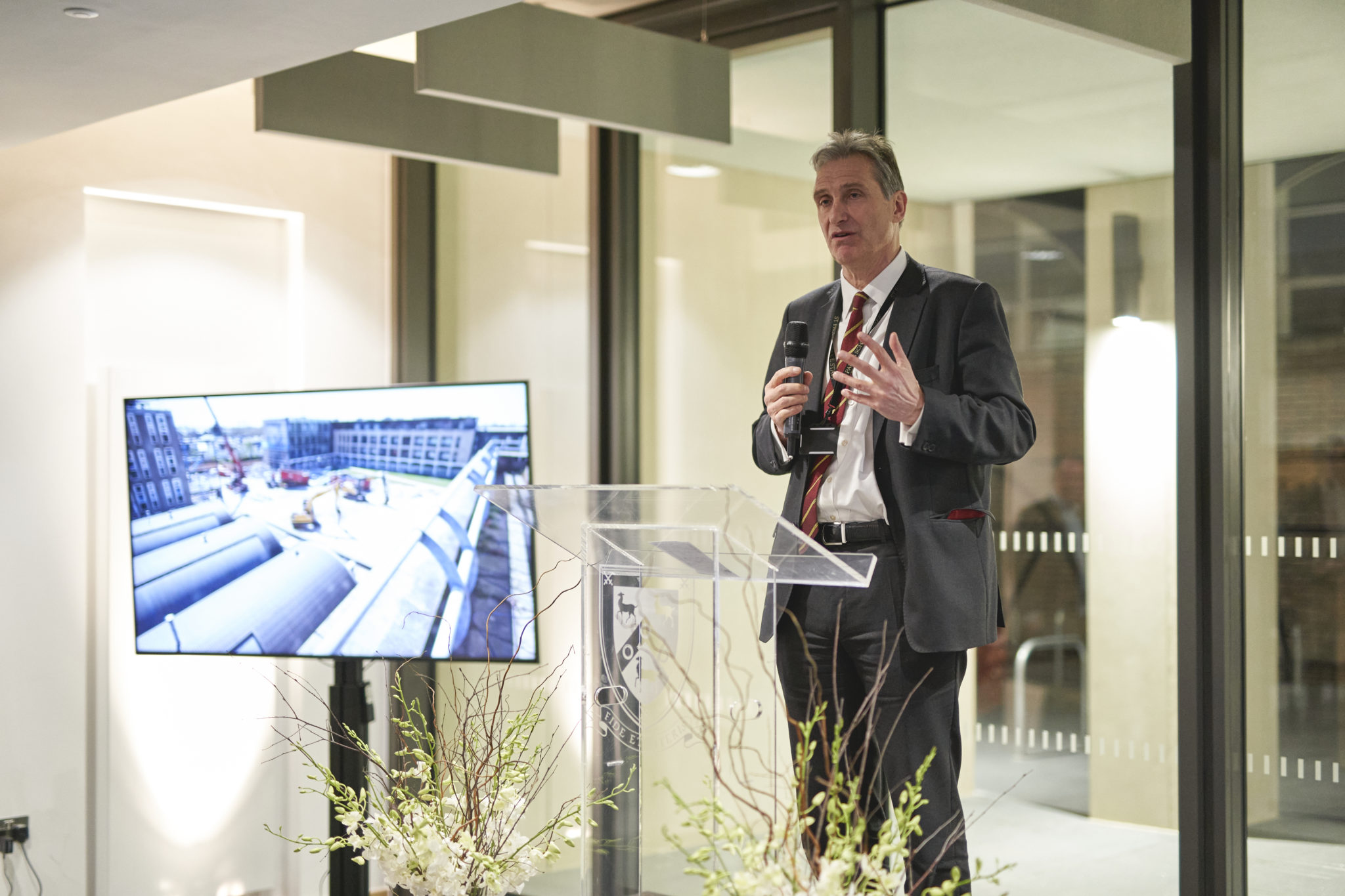 Grand Opening of the Second Phase of the General Teaching Building

On Tuesday 10 March, donors and guests were welcomed through the new Atrium into the bright, spacious and inspiring surroundings of the Second Phase of the General Teaching Building, to mark its grand opening.

The opening marked the conclusion of the main redevelopment of St Paul’s Senior School, at a cost of £114m. Of this, £27m was given in donations (including legacies) by the St Paul’s Community, £38m was donated by the Mercers’ Company, £15m was received in private placement funding and the remaining £34m came from the school.

The evening commenced with Johnny Robertson, Chair of Governors taking the opportunity to pay tribute to Professor Mark Bailey, in his final year as High Master of St Paul’s, for his passionate leadership of the school’s redevelopment project and the drive to fund bursaries. Mark Aspinall, Master Mercer, spoke on behalf of the Mercers’ Company and reflected on the historical connection between the school and the Company, beginning with John Colet’s generous endowment to the school and his entrusting its care to the Mercers. A donor board was unveiled, as a tribute to those donors who had enabled the building project’s realisation.

Guests were then invited to tour the new facilities, including the new Montgomery Room, complete with the map used by Old Pauline, Field Marshal Bernard Law Montgomery, to plan D-Day invasions when his headquarters were based at the old school building in West Kensington. Finally, the High Master, once again thanked all those who so generously contributed to the outstanding space that generations of Paulines could now enjoy. The next evening saw parents and staff take the opportunity to enjoy tours and gain a further insight into the new building’s facilitie